He was a 1973 graduate of Colon High School.

He is survived by his wife, Kimberly; son, Abraham M. Clark; daughter, Jade D. and her husband Bernard Halama and their children Jazzie and Makana. He is also survived by his father, Alvin; and step-mother Marcia (Nelligan) of Leonidas; sister Vickie L. (Nicholas) Ruddock of Leonidas; and several nieces and nephews. He was preceded in death by a brother, Steen; and his mother, Cordelia.

Donations may be made to Toys for Tots. Donation instructions and store locations can be found at toysfortots.org. 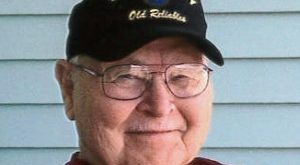