He had been a resident of Middle Lake in Sturgis for 23 years, coming from Marcellus.

He was a veteran of the U.S. Navy, serving during the Korean War.

He was employed in the recreational vehicle industry all of his life, retiring from Coachman in 1994.

He enjoyed working in his shop, fishing in his old boat on Middle Lake, growing flowers and watching wildlife and birds.

Surviving are his wife of 53 years, Audrey D. Kai of Sturgis; a daughter, Bridget Hoersten of Vicksburg; a granddaughter, Amanda (John) Bach of Galesburg; a sister-in-law, Marla (Marshall) Wyman of Portage; and a brother-in-law, Charles (Mildred) Goodoff of Vacaville, Calif.

He was preceded in death by his parents; a son, Kevin P. Kai; and a sister, Dora Parish.

Visitation is private. Arrangements were made by Farrand Funeral Home in White Pigeon.

Private graveside services will take place at Poe Cemetery in Jones, with the Rev. Gary Carr, pastor of Corey Church of the Nazarene, officiating.

Memorial contributions may be made to Sturgis Hospice. Envelopes are available at the funeral home. 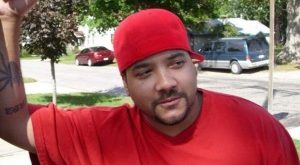