Three Rivers Police are reporting that a 46-year-old man believed to be from Indiana has been approaching women in downtown Three Rivers and acting in a suspicious manner.

Police said they believe the man is Jerry Hillegas. They said Hillegas over the weekend confronted a woman at a downtown business and asked if she would contribute to the Children’s Museum of Indianapolis.

Police said three other incidents took place Saturday, when Hillegas indicated an interest in buying cars from the women he approached.

Hillegas was last seen driving a blue Hyundai Elantra. He is bald, almost 6 1/2 feet tall and weighs about 255 pounds. Police said he has a criminal history that includes rape, public indecency and attempted confinement. 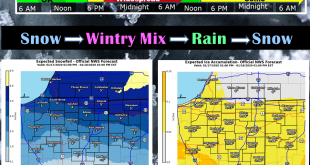