A funeral service will be held at 11 a.m. Monday at Dutcher-Kolcz Funeral Home in Bronson with Pastor Terry Siler officiating. Interment will follow at Lakeside Cemetery in Colon.

Visitation will be held 2-5 p.m. Sunday at the funeral home, with an Eastern Star service to begin at 5 p.m.

Betty was born July 6, 1927 in Columbia City, Ind., to Mervin T. and Marie N. (Ruggles) Good. The family moved to Colon when she was very young. She graduated from Colon High School. On Sept. 6, 1949, she married Bernard D. Coy in Angola, Ind. He preceded her in death in November 2008.

The couple made their home in Bronson, where they lived for most of their lives. Betty had owned and operated Betty’s Beauty Shop in Bronson for nearly 30 years.

Betty was a member of the O.E.S. in Bronson and was a Past Matron and had held the position of Ester. She enjoyed playing Scrabble on the computer, crossword puzzles, crocheting and watching TV game shows. She also enjoyed her Tuesday night trips to the bowling alley in Bronson. She loved her husband and family with all her heart and will be missed.

In addition to her husband, she was also preceded in death by her parents; a daughter Tina Merie (age 4) in 1959; a brother, Robert Good; and sisters Eleanor Tennant, Kay Moon and Ardean Good.

Memorial contributions may be directed to Branch County Food Pantry. 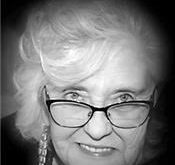 Alice L. Lane, age 79, of Sturgis, passed away in the early morning hours of …