A Vandalia woman died in a house fire over the weekend in Cass County’s Newberg Township.
Sheriff Joe Underwood Jr. said deputies were summoned shortly before 10 p.m. Saturday to the 61000 Block of Lewis Lake Road – four miles west of Jones – in response to a house fire. Upon arrival, deputies observed the house was fully engulfed by the fire, Underwood said.
87-year-old Phyllis Tucker was pronounced dead at the scene.
Two residents, however, escaped from the house. In addition, three of the family’s four dogs also escaped, with the fourth being located by fire fighters and transported by Cass County Animal Control for care and treatment.
Cause of the fire remains under investigation.
In all, nine agencies responded to the fire. 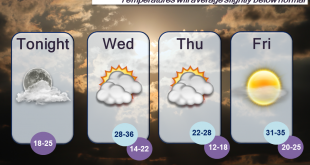