Sharon Bastian, 70, of White Pigeon, died on Monday, June 13, 2016 at her home. She was born in Kalamazoo on September 25, 1945, a daughter of Mary (Koeing) Skinner. She attended Portage Schools. On December 14, 1963, she married Dennis Bastian in Lawton. Sharon previously worked in housekeeping at Hope Nursing Home in Lawton.

According to her wishes, cremation has taken place. No public services will be held. Arrangements were entrusted to Eley Funeral Homes, Constantine. Memorial contributions can be directed to West Michigan Cancer Center (200 N Park St, Kalamazoo, MI 49007). Online messages may be left for the family at www.eleyfuneralhomes.com. 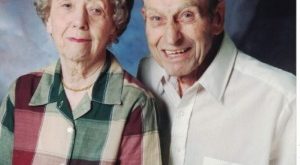