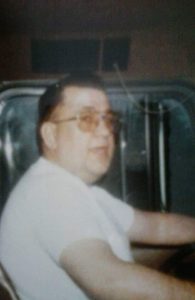 Richard Eugene Wentworth, age 77, of White Pigeon, died Wednesday, Oct. 5, 2016 at Borgess Medical Center in Kalamazoo. He was born in Kendallville, IN on July 25, 1939 one of nine children born to the late Roy and Alice (Ford) Wentworth. Richard was a truck driver who worked at CMI Trucking and Sturgis Iron and Metal before his retirement. He was a former member of the Sturgis Moose Lodge, and enjoyed spending time with his grandchildren.

Richard was married to Kathryn (Lash) Wentworth on May 25, 1990 in Centreville. She survives along with a son Timothy (Dawn) Wentworth of Mendon; three grandchildren, Ashley Lyn Rudicill, Joshua (Richelle) Wentworth, and Zachary Wentworth; two great grandchildren, Mason Ryder and Skyra Likens; two brothers; two sisters; and several nieces and nephews. He was preceded in death by a daughter, Patricia Wentworth.

In keeping with his wishes, cremation has been conducted, and a private memorial service will be held later. Assistance was provided by the Eickhoff Funeral Home of Mendon. Condolences may be expressed to the family online at www.eickhofffuneralhome.com