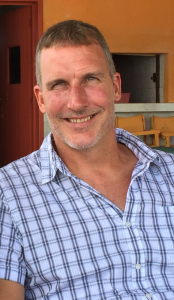 Ron grew up in the Plainwell area where he graduated from high school in 1985. On August 11, 1990 Ron married the love of his life Cathy Daugherty in Paw Paw, MI. That same year, Ron and Cathy moved to Three Rivers. Later, Ron started Phillips Construction and then Phillips Tree Service.

Ron enjoyed working and tending to his property at Corey Lake. He cherished spending time with friends and family, especially his children and grandchildren. He was also a long time member of Corey Lake Nazarene Church. Ron was always willing to provide anyone with a helping hand and will be missed by all whom were touched by his generosity and kindness for others.

In accordance with family wishes cremation will be conducted.

Memorial Services will be held at 11:00 a.m. on Saturday, October 8, 2016 at Corey Church of the Nazarene with Pastor Gary Carr officiating.

Memorial donations may be directed to the Grandchildren Trust c/o Cathy Phillips or Corey Church of the Nazarene. Envelopes available at the funeral home or church.

Online condolences may be left at www.hohnerfh.com.