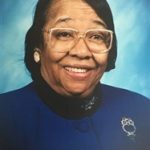 Rosie Lee Betts, age 83, of Three Rivers, formerly of Chicago, went to be with her Lord on Sunday, Dec. 4th, 2016 at her home surrounded by her loving family.  She was born on March 6, 1933 in Jefferson County, MS.; the daughter of the late Henry and Henretta (Carter) Martin.

Rosie was born and raised in Jefferson Co., Miss.  She later moved to the Chicago area where she married Mr. O’Dell Betts Sr., who preceded her in death in 2012.  Rosie Lee moved to Three Rivers in 2015 to be near her family and has attended Bethel Baptist and New Jerusalem Church.

Funeral Services will be held at 1:00 p.m. on Saturday, Dec. 10th, 2016 with visitation an hour prior at the New Jerusalem Baptist Church in Three Rivers, Pastor Tony Bennett officiating.

Interment will be held in Riverside Cemetery, Three Rivers.

Shirley (Dickerson) Harker, loving mother and grandmother, passed away with family by her side Nov. …