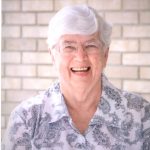 Betty L. Kaper, 92, of Constantine, passed away on Wednesday, October 18, 2017 at her home. She was born in Mishawaka, IN on October 1, 1925, a daughter of Samuel and Lucille (Landis) Hartzell. On April 21, 1944 she married John Kaper in Three Rivers. He preceded her in death on August 21, 1977. Betty, along with her late husband, started their farm in 1940. She enjoyed bingo, attending her grandchildren’s sporting events, playing cards, going to the casino, and playing on her tablet.

Betty was preceded in death by her parents, husband John, brothers Calvin, Cliff, and Bill Hartzell, and sister Pat Carper.

Relatives and friends will be received on Friday from 2-4 and 6-8pm at Eley Funeral Home in Constantine, where religious services will be held on Saturday at 11am. Pastors Jack Rorie and Dave Colen, The Sanctuary of Osceola, will officiate. Interment will follow in Constantine Cemetery. Memorial contributions may be made to Riley’s Children’s Hospital, Indianapolis. Online condolences may be left for the family at www.eleyfuneralhomes.com.