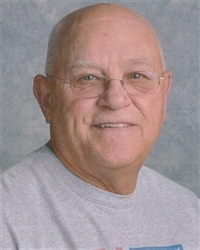 He was born September 18th, 1945 in Vicksburg, son of the late David M. Burr Sr. and Eleanor Weinberg. After graduation from Vicksburg High School in 1964 David went to serve his country honorably in the Marine Corp form 1965 to 1970 stationed in California. David began working at Armstrong International in 1980 and retired in 2015 after 35 years with the company.

On May 21st, 2005 David was united in holy matrimony to Diana Faye in the Armstrong Chapel.

In lieu of flowers memorial donations can be made to the family in c/o Diana Burr. Envelopes are available at the funeral home.