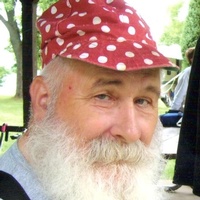 He retired from White Pigeon Paper and also worked for Hubbard Farms and the Village of Constantine as a crossing guard and caretaker of the flowers. John was a member of the American Legion and enjoyed hunting and fishing. He cherished his family especially enjoying his grand and great grandchildren.

He was preceded in death by his parents, wife, son in law Kirk Knapp, grandson in law Dustin Cole, father and mother in law Randall and Grace Stafford.

Relatives and friends will be received Friday from 2 to 4 and 6 to 8 pm at Eley Funeral Home in Constantine. Religious services will be held Saturday at 11 am at the funeral home with Pastor John McClimans, First Church of God, Three Rivers, officiating. Interment of Ashes will be in Constantine Township Cemetery. Memorial contributions may be directed to VFW of Marcellus. Online messages may be left for the family at www.eleyfuneralhomes.com