Margaret Ann Taylor, age 79, of rural Mendon, died Thursday, Dec. 13, 2018 at Heartland Healthcare Center in Three Rivers. She was born in Leonidas, on Oct. 3, 1939 the daughter of the late George and Lilah (Tiffany) Jackson. After graduating from Colon High School, she was married to William Eugene Taylor on April 26, 1959 in Three Rivers. Margaret was a farm-wife and homemaker who enjoyed working in her garden and caring for her family. She was a former member of the Fulton Community Church and the Leonidas Grange.

The family will receive friends from 9 to 11 am Tuesday, Dec. 18, 2018 at the Eickhoff Farrand Halverson Chapel in Three Rivers. Funeral services will begin at 11 am Tuesday at the funeral home with Evangelical Pastor Bob “Greenjeans” and granddaughter, Rev. Tiffany Cronin officiating. Burial will be in South Fulton Cemetery. Condolences may be expressed to the family online at www.efhchapel.com 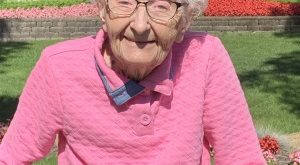