Michael Alan Speicher, age 67, of Galesburg, passed away peacefully Saturday, Dec. 8, 2018, after a courageous battle with pancreatic cancer.
Mike was born Jan, 18, 1951, in Sturgis, a son of Milton Robert “Bob” and Billie Yvonne (Beckwith) Speicher. He lived most of his life in Sturgis, enjoying his childhood at the family cabin on Crotch Lake, attending Holy Angels Catholic School and graduating from Sturgis High School with the class of 1969.
On July 11, 2003, he married Cindy Blanchard. They moved to Galesburg in 2011. Mike served the last three decades of his career in the water treatment industry, serving with Culligan Water Treatment for nearly 20 years and most recently as regional sales manager at Water-Right in Appleton, Wis.
Mike was a man of strong faith, believing in the power and strength of Jesus Christ’s love. He was devoted to his family and cherished their time together, most of all with his beloved grandchildren. Mike’s kindness and compassion will be missed by all. He always was willing to help others, never one to decline those in need. He was a friend to all.
Mike leaves to cherish his memory his wife, Cindy; daughters Lisa (Steve) Swihart of Lansing, Sarah Mildenberg of Centreville and Emily (Sean) Henry of Sparta; a stepson, Jason Hilton of Kalamazoo; his grandchildren, Elle Bowman, William and Jackson Swihart and Frances and Oliver Mildenberg; his mother and father-in-law, Jim and Dee Lane; his siblings, Patti (Stephen) Stark, Debbie (Herb) Williams and Charles Speicher; and several nieces and nephews.
He was preceded in death by his parents; and a stepson, Brandon Hilton.
Visitation will be held from 9:30 to 10:30 a.m. Saturday, Dec. 15, 2018, at St. Timothy’s Episcopal Church, 9800 East BC Ave., Richland. Funeral services will begin at 11 a.m. at the church, with Frs. Joel Turmo and Terry Haughn officiating. A graveside service will begin at 2:30 p.m. Saturday at Roof Cemetery in Charleston Township.
In lieu of flowers, the family suggests memorial donations be made to Rose Arbor Hospice of Kalamazoo; or American Cancer Society , c/o the funeral home. Family and friends are encouraged to leave a condolence message at www.joldersma-klein.com. 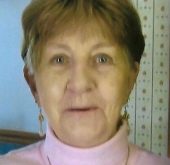