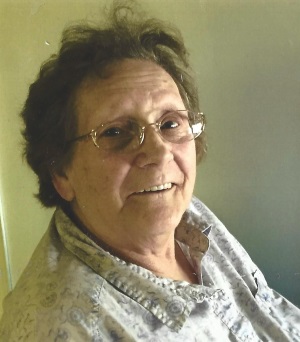 Anna Lee Kutz, age 81, of Three Rivers, passed away peacefully with her family at her side at Grace Healthcare on Friday, February 15th, 2019.  Anna was born in Dowagiac, on August 28th, 1937 the daughter of the late Frank and Johanna (Velthouse) Pond.

She has been a long-time resident of Three Rivers where she worked for Crocker Limited for twenty years before retiring and later at Mr. Donuts, the Dairy Bar, and Riverview Manor, where she made many lasting friendships.  Anna’s true love was family, especially her grandchildren and great-grandchildren whom she adored and spoiled.  Her final gift was as a volunteer grandparent at the Head Start Program.

She was preceded in passing by five brothers, Frank, Carlton, James, Delbert, and Lyle Pond.  Also, a daughter-in-law, Cheryl Kutz.

The family will receive friends from 10:00 a.m. until the time of Anna’s memorial service beginning at 11:30 a.m. on Friday, February 22nd, 2019 at the Hohner Funeral Home with Pastor Dave Sanders officiating.

Memorials may be directed to the Three Rivers Health Hospice.  Envelopes are available at the funeral home.  Online condolences may be left at www.hohnerfh.com.