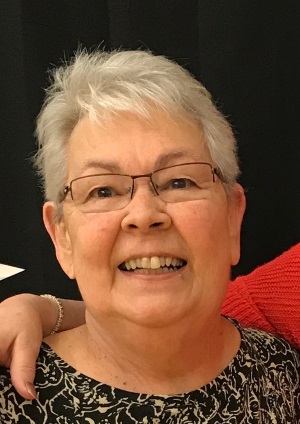 Barbara E. Hamilton, age 75, Centreville, passed away in Ann Arbor on Sunday, April 28, 2019.  Barb was born at home on February 18, 1944, daughter of Ira and Gladys (Oswalt) Motter.  She graduated from Centreville High School in 1961.  On September 6, 1963, she married Jerry Hamilton at the Penn Quaker Church, Cass County; he preceded her in death August 13, 2017.  Barb later attended Parsons Business School where she received a degree and went on to work as a secretary and office manager at Clifton’s Engineering for 10+ years.  After that, she partnered with the Kline family in the startup of Kline Construction and worked there as office manager for over 20 years.  After retirement, she worked as the receptionist for Keystone Place in Centreville.

Barb was a member of Corey Lake Church of the Nazarene.  She loved to play bingo and read and was very active in her grandchildren’s lives, always attending their activities and sporting events.  For many years, she helped raise money for the Booster’s Club as well as serving on Covered Bridge Day committees. She enjoyed looking at her flower gardens and freezing and canning food every year with her family, which has been a tradition over the last 30 years.  Most of all, Barb enjoyed spending time with her grandchildren and family, and loved their Sunday dinners together.

She was preceded in death by her parents, husband, and brothers Danny and Gerald Motter.

Relatives and friends will be received Thursday from 4 to 7PM at Eley Funeral Home, Centreville.  Religious services will be held Friday at 11AM at the funeral home with Pastor Gary Carr officiating.  Interment will occur in Lakeside Cemetery, Colon.  Memorial contributions can be directed to the Michigan Lupus Foundation.  Online condolences can be left for the family at www.eleyfuneralhomes.com.