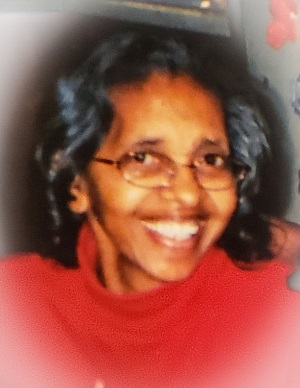 Edna Mae McMaster affectionately known as “Petie” went home to be with the Lord on Friday, May 24, 2019 at Heartland Healthcare in Three Rivers.

Edna was born on August 16, 1933 in Sturgis.  She was the 3rd child born to Joe Harris and Olive Gertrude (Davison) Perkins.  She deeply loved all her siblings and shared with them an unbreakable bond.  God blessed her with amazing siblings William (Hazel) Pannell, Beverly Yates, Olive (Melvin) Banks, Sara Hennings, Marianne Perkins and was proceeded in death by her brothers Glair Lynn, Richard Perkins, David Perkins, Sr. and brother-in-law LeRoy Yates, Sr.

Edna was baptized at the young age of 13 and although she faced many adversities in life, she was a strong believer and follower of Christ until her final day. In 1951 she graduated from Sturgis High School and went on to attend Parsons Business College. Somewhere along life’s path Edna met Stephen LeRoy McMaster and on June 4, 1954 they joined in holy matrimony.  To this union was born two daughters and a son.  Linda Diane Robinson (Three Rivers), Stephen (Kathy) McMaster, Jr. (Smyrna, TN), and Judith Ann Searcy (Three Rivers).  Edna was a loving mother and she remained a devoted wife until Stephen’s passing in 2012.

For 23 years Edna served the Three Rivers Public School system as secretary at Barrows Elementary School.  Throughout her years of service “Mrs. McMaster” touched countless young lives with her selfless kindness and love of children.  Her work with the We Care and TRAM (Three Rivers Area Mentoring) programs helped change and influence many young minds.

When Edna took a rare moment for herself, she traveled the country with the Freewill Ladies and she often traveled with her sisters to various Baptist conventions. She loved to knit, crochet and do ceramics.  She cherished her family and was an active force in her kids, grandkids, nieces and nephews’ lives.  She attended games, graduations, gave amazing hugs and always wrote the very best letters.

Funeral Services will be held Saturday, June 1, 2019 at Bethel Baptist Church in Three Rivers. Visitation will begin at 9:30 a.m. and the funeral service will follow at 10:30 a.m. Interment will be held at Riverside Cemetery of Three Rivers following the service.

Memorials made in Edna’s memory may be directed to the family c/o Judith Searcy. Envelopes will be available at the church and Hohner Funeral Home.