Gary E. Phillips, age 83, of Sturgis, passed away early Thursday morning, May 16, 2019, at Rose Arbor Hospice Residence in Kalamazoo.
He was born July 9, 1935, in Holland, a son of the late Ernie M. and Thelma E. (Smith) Phillips.
Gary resided in Sturgis since 1963, coming from Traverse City. On Dec. 18, 1953, he married Patricia A. Patterson in Traverse City. She preceded him in death July 1, 2017.
Moving to Sturgis, he accepted a position at Casselman Mechanical Contractors. Following many years of dedicated employment as service manager, he ultimately became co-owner and operator of the company with William Kasdorf until their retirement.
He was a member of Trinity Lutheran Church in Sturgis and a member of National Rifle Association.
Gary enjoyed camping, fishing, NASCAR, traveling, especially to Gatlinburg, Tenn., and he loved to shop. His grandchildren will forever remember the nicknames he gave each of them.
He is survived by his children, Gary Lee (Connie) Phillips, Lisa (Clinton) Lehman and Stacie Ogg, all of Sturgis; his grandchildren, Kris, Sarah, Alison, Jenifer, Emilee, Dakota, Hannah, Hollie and Hope; great-grandchildren Isabelle, Jackson, Slayde, Savannah, Hailee, Bailee and Titan; a brother, John (Peggy) Smith of Titusville, Fla.; a sister, Linda Corliss of Kalamazoo; and several nieces and nephews.
He was preceded in death by his parents; a son, Patrick “Skip” Phillips (2008); and two brothers, David Smith and Richard Smith.
In accordance with his wishes, cremation has taken place. Private burial of the ashes will take place at Oak Lawn Cemetery in Sturgis.
Hackman Chapel of Hackman Family Funeral Homes, 114 S. Nottawa St., Sturgis, is entrusted with arrangements.
The family suggests those wishing to make a memorial donation in Mr. Phillips’s memory consider American Heart Association , 3816 Paysphere Circle, Chicago, IL 60674.
His obituary is also at www.hackmanfamilyfuneralhomes.com, where personal messages of support may be left for the family. 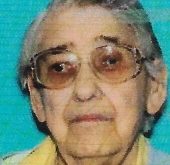