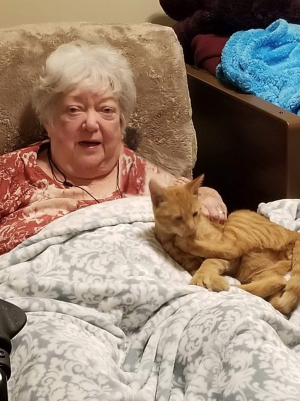 Mary attended Jackson public schools, graduating in 1957, and received her teaching degree from Western Michigan University. On June 20, 1959, she married Kermit Parsons in Constantine. He preceded her in death on December 28, 2014.

Mary owned and operated Minute Print in Elkhart for many years. Following retirement, she enjoyed selling goods at the Shipshewana Flea Market. She was also active in English Setter Rescue throughout the Midwest. She enjoyed trap shooting and traveling, especially spending summers in Alaska.

She was preceded in death by her parents, husband, and daughter Faye Louise Parsons.

According to her wishes, cremation has taken place. A celebration of life gathering will be announced at a later date. Memorial contributions can be given to St. Joseph County Animal Rescue Fund, PO Box 593, Centreville, MI 49032.

Arrangements were entrusted to Eley Funeral Home, Constantine.Online messages can be left for the family at www.eleyfuneralhomes.com.