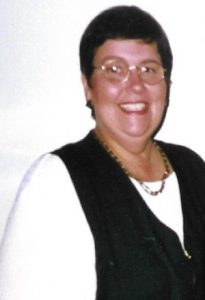 Janet went to Hillsdale Schools, graduating in 1962. After, she received her business degree from Augerbright Business College in Battle Creek. On December 8, 1978, she married Ronnie Peterson in Coldwater.

Janet worked in the human resource department for the State of Michigan for 15 years. She was very creative, crafty, and artistic, always doing puzzles, sewing projects and dolls, and writing poetry. She enjoyed volunteering at nursing homes and churches, and was an avid reader. Janet loved family gatherings and cherished her grandchildren and great grandchildren.

She was preceded in death by her parents, sister Catherine Lees, and son-in-law Jim Mansfield.

According to her wishes, cremation has taken place. No public services will take place at this time. Arrangements were entrusted to Eley Funeral Home, Centreville. Online condolences can be left for the family at www.eleyfuneralhomes.com.