Vancouver Canucks and K-Wings agree to an extension 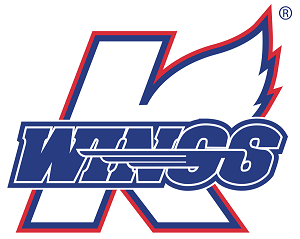 In their 46-year history, the Kalamazoo Wings have been affiliated with several NHL teams.

From 1974-1987, the K-Wings were the farm club of the Detroit Red Wings.  The K-Wings added the Philadelphia Flyers and Vancouver Canucks to the mix in 1984.  In 1987, things changed for the K-wings as the Red Wings, Flyers and Canucks were out and the Minnesota North Stars were in. That relationship carried on when the North Stars relocated to Texas and became the Dallas Stars.  When the Stars and K-Wings ended their affiliation in 2000, the K-Wings also ended their run in the original International Hockey League (IHL).

Although the K-Wings were in the United Hockey League and the reborn IHL from 2000-2009, they were not affiliated with an NHL team.  It was not until the K-Wings join 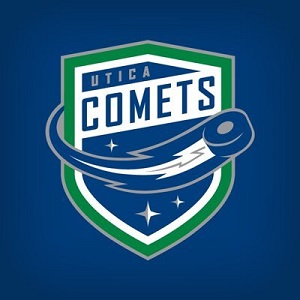 The K-Wings and Canucks joined forces once again in 2017 and the two teams recently announced that they are extending their agreement for two more seasons.  The agreement marks the first time in their history that the K-Wings have signed a multi-year agreement with an NHL team.

“We’re thrilled to extend our affiliation with the Canucks and Comets,” said K-Wings Head Coach and Director of Hockey Operations Nick Bootland said in a statement released by the team. “The relationship with Vancouver and Utica has been great. We’re looking forward to continuing to help develop their prospects while bolstering our lineup. It’s exciting to continue to partner with an organization that values and supports the development of its players and the culture that we’ve established in Kalamazoo.”

“It’s been an excellent partnership and relationship,” said Ryan Johnson, Comets General Manager and Director of Player Development for the Vancouver Canucks. “Coach Bootland runs an air-tight organization that shares the same culture and values we believe in.”

“We look at it as a three-tiered culture from Vancouver, Utica, and Kalamazoo,” stated Johnson. “It’s important for us to have a place that shares the same expectations for the players to carry themselves in a professional manner. When we’re recruiting players it is important that they fit the standard that we expect from Vancouver to Kalamazoo.”

As the 2019-20 season inches into the final full month of play, the Kalamazoo Wings …