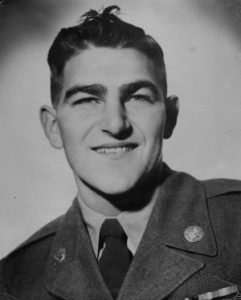 Dan graduated from Constantine High School in 1951 where he excelled as an all sport athlete. He was in the US Army from 1953-1955 in Germany. During the Big 4 Conference, he served as a driver for the high officers who attended the meetings.

He was a truck driver for many companies, beginning with G & A truck lines, White Pigeon, and later retiring from Alvan Freight of Grand Rapids in 1992. Following retirement he worked with Jerry on the farm.

He was a member of several baseball and basketball leagues in Three Rivers. Dan loved cutting wood and going hunting in Colorado with his boys and brother Dale.

He was preceded in death by his parents, brothers Richard, Paul and Dale, and his woodcutting buddy Bob Forsyth.

Per his request, cremation has taken place. Private family services will be held at a later date. Memorial contributions may be directed to Messiah Lutheran Church.

Arrangements were entrusted to Eley Funeral Home, Constantine. Online messages may be left for the family at www.eleyfuneralhomes.com.