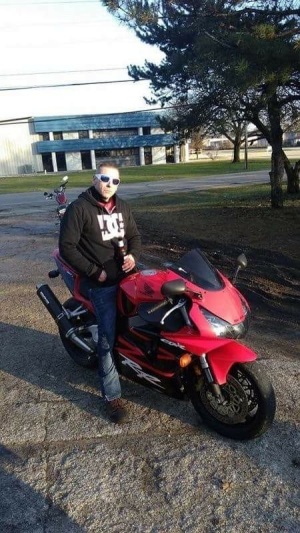 David Cory Sanders, age 46, of Three Rivers, died Friday, Oct. 18, 2019. He was born in Elkhart on March 13, 1973 the son of Eugene L. and Carol Ann (Scott) Sanders. He graduated from Three Rivers High School in 1991. David had been employed in the RV Industry in Middlebury and Elkhart, and most recently for a landscaping business. He enjoyed hunting, loved fishing, and riding his motorcycle.

The family will receive friends from 10:30 to 11:30 am Saturday, Oct. 26, 2019 at the Eickhoff Farrand Halverson Chapel in Three Rivers. Funeral services will begin at 11:30 am Saturday at the funeral home with Rev. Jerry Solis, Pastor of Destiny Church officiating. Burial will be in Riverside Cemetery. Memorial contributions will be directed to the family. Memories may be shared online at www.efhchapel.com