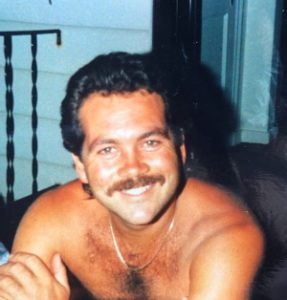 Timothy Bryce Jones, age 59, of Three Rivers, passed away suddenly on Sunday, Dec. 8th, 2019 at his home.  Tim was born in Sturgis on August 17th, 1960 the son of the late Olin Jones and Karen Lutz. Tim graduated from Three Rivers High School in 1978.

Tim was born and raised a farmer and that never left him.  He worked as a grain hauler and on his own family farm which he loved.  His true passion were his children and his family, and he also enjoyed boating, duck hunting, snowmobiling, and watching action movies with popcorn a must.

Timothy was preceded in death by his father Olin.

He leaves to cherish his loving memory, his mother Karen (Lutz) Dougherty, his wife, Kelly Jones, of Three Rivers, whom he married in July 2001, three children, Skyler Jones, Jordyn Jones, and the daughter of his first wife Danette, SherRon Jones, all of Three Rivers; one brother, Andrew (Kathy) Jones, and their children Nicole and Zachariah; one step-son Casey (Carla) Schreffler and their daughter Natalia, of L.A.

The family will receive friends from 11:00 a.m. until the time of memorial services at 12:00 noon on Friday, Dec. 13th, 2019 at the Hohner Funeral Home with Pastor Rob Wagler of the West Mendon Church officiating.

Memorials may be donated to the American Heart Association or the American Cancer Society.  Envelopes available at the funeral home.