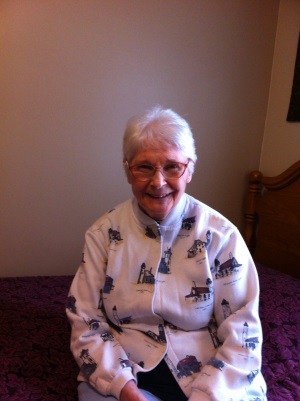 Mary Lou Hagelgans, age 83, of Centreville, died on Thursday, January 16, 2020 at Brookdale Assisted Living in Portage. She was born on October 2, 1936 in Lima, Ohio, a daughter of John and Edith (Kirkpatrick) Huston. Mary graduated from Burr Oak High School in 1954 and attended Ravens Croft School of Beauty in Ft. Wayne.

Mary worked as a beautician at several beauty shops. She also worked at Kirsch Co. in the 1950’s and Hydromatic in Three Rivers during the 1980’s. She was co-owner of Centreville Plastic Products from 1975 to 1979.

She enjoyed card playing, quilt making, crossword puzzles and casinos. In the 1960’s Mary was a contestant and winner on the game show “Say When”.

Relatives and friends will be received Tuesday from 5 to 7PM at Eley Funeral Home in Centreville. Religious services will be held Wednesday at 11AM at the funeral home with Pastor Clint Zehr officiating. Burial will be in Prairie River Cemetery, Centreville. Memorial contributions may be directed to the Centreville Food Pantry. Online messages may be left for the family at www.eleyfuneralhomes.com.