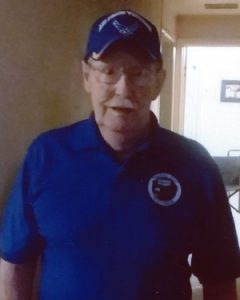 John Edward Ellis Cline, Jr., age 82, of Three Rivers, passed away surrounded by his loving family in the early hours of Sunday, February 16, 2020. He was born on January 3, 1938 the son of John Cline Sr. and Florence (Parks) Dinstet in Kalamazoo.

John received his journeyman technical degree from Glen Oaks and worked as a mechanical journeyman for Continental Can Company, Per Pak, and retired out of Foremost in Seattle, Washington.

He honorably served his country starting in 1955 in The United States Air Force for three years in Japan and was discharged after 4. He was invited to take part in the Talons Out Honor Flight in September of 2018.

He is preceded in his passing by his wife of 61 years: Pauline Cline; parents; son: Richard Cline; sister: Carol Menck; grandson: Shea Cline.

In accordance with John’s wishes cremation has taken place and a memorial service will be held on Wednesday, February 19, 2020 at the Three Rivers Elks Post #1248, 603 W. Michigan Ave, Three Rivers, MI 49093 at 12:00 noon with Pastor Clark Polly officiating. Military Honors will be conducted by the American Legion Hice-Shutes Post #170. Internment will be held on a later date.

Memorials made in John’s memory may be directed to the family c/o Tonya Brundige. Envelopes are available at Hohner Funeral Home.