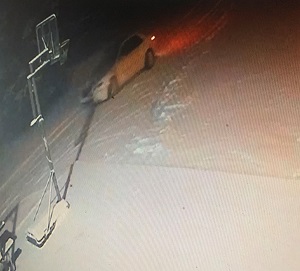 State police investigators are looking into the theft of gasoline from Klinger Lake Country Club.

According to a department media release, the incident occurred Wednesday night, when a white sedan drove behind the club’s maintenance garage and its driver stole about 17 gallons of gas.

The pumps were secured by a lock that had been cut off.

Cold with some light snow possible