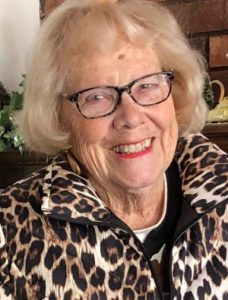 Elizabeth Osborn Childress, age 92, of Three Rivers, went to be with her Lord and Savior Jesus Christ Tuesday, August 4, 2020 peacefully at her home on Pleasant Lake. She was born May 15, 1928 in Morgan Park Chicago, IL, the daughter of Reverend Charles Rufus Osborn and Viola (Doolittle) Osborn.

Elizabeth grew up in Niagara Falls, New York and graduated from Niagara Falls High School in 1946. She continued her education attending Kalamazoo College where she majored in religion and minored in speech and philosophy. At Kalamazoo College she was active in theater production on campus and at the Kalamazoo Civic Théâtre. While in college she attended the First Baptist Church of Kalamazoo where she taught Sunday school. Upon graduation in 1950 she obtained a position at the Congregational Baptist Church in Northfield, Minnesota as Director of Youth Ministry with students from Carleton and St. Olaf Colleges.

On June 16, 1951 Elizabeth was joined in marriage to Eugene L. Childress at Stetson Chapel at Kalamazoo College where they met. Elizabeth continued her affiliation with K College by serving as a secretary of the Alumni Association and member of Emeritus Club Board of Directors. Following her marriage, she and Eugene moved to Fairbanks, Alaska where he was stationed during the Korean War.

Elizabeth & Gene moved to Three Rivers in 1955. As a resident of Three Rivers, Elizabeth was a member of the First Baptist Church of Three Rivers. For many years she enjoyed the fellowship of the Three Rivers First United Methodist Church where she taught Sunday school for over 20 years.  In 1969 she received The Citation Award for her outstanding contributions to the religious life of the community, a recognition of splendid leadership as President of Church Women United. She also served as an Officer of the State American Baptist Women’s Association.

Elizabeth was active in serving Three Rivers in the following areas: President TR Hospital Auxiliary where she volunteered for over 30 years, Board of Directors of Substance Abuse Council of St. Joseph County, and as a Charter Member of the Three Rivers Community Players where she found great joy in performing in many productions. She also served as a local Girl Scout Leader.

Elizabeth was an amazing example of living her faith, being a loving friend and mother, compassionate in service to others, with a wonderful wit and sense of humor that will be missed!

Due to the current restrictions related to Covid-19, a private outdoor celebration of Elizabeth’s life will be held at her beloved home at Pleasant Lake. Her interment will be next to her loving husband, Gene, at Riverside Cemetery.

In lieu of flowers, memorials may be sent in Elizabeth’s name to: 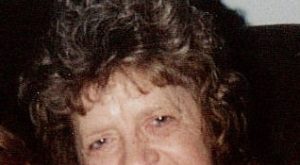